Here are some of the wackiest gifts you can get for the pervy person in your life. They are sure to get a giggle out of them, and be a gift they remember for quite some time since you threw caution to the wind. 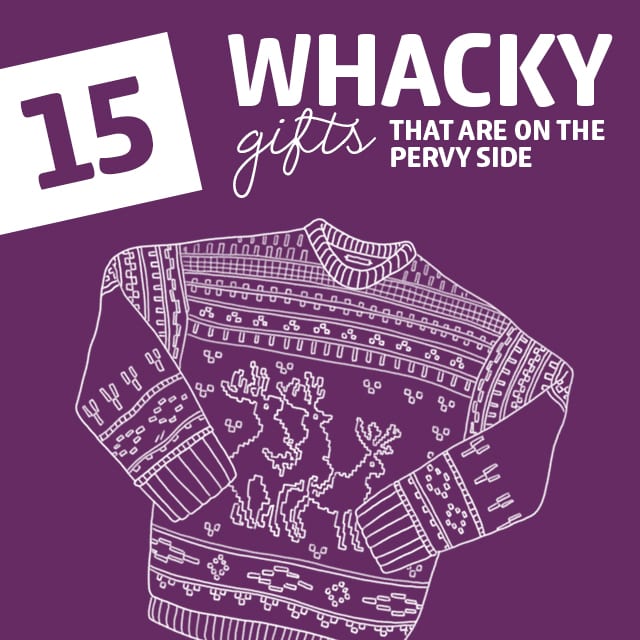 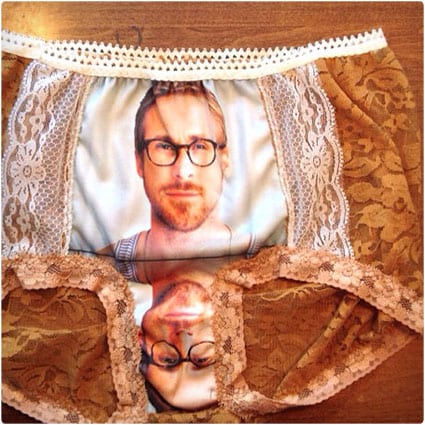 Many girls can agree on these panties since they’re lined with the face of Ryan Gosling. Not only is his face plastered on the front, but there’s another depiction of his face for the back. He’s serving double duty with these panties. 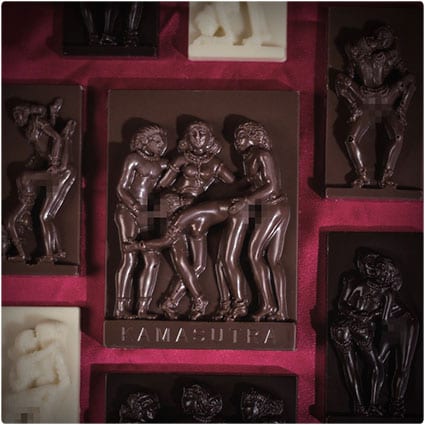 You can’t go wrong when you combine sex and chocolate. These suggestive chocolates show you all sorts of positions you can get yourself into, and at the same time they help push those endorphins even higher during a session. 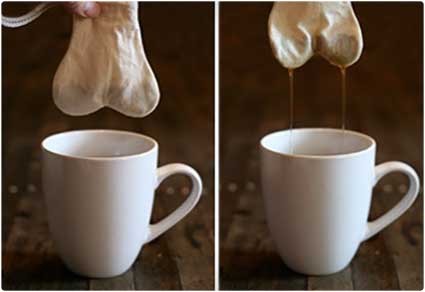 The aptly named term teabagging has never been better replicated than with this teabagging tea bag. It resembles a pair of testicles and you get to dunk them into your cup of tea again and again until it’s properly steeped. 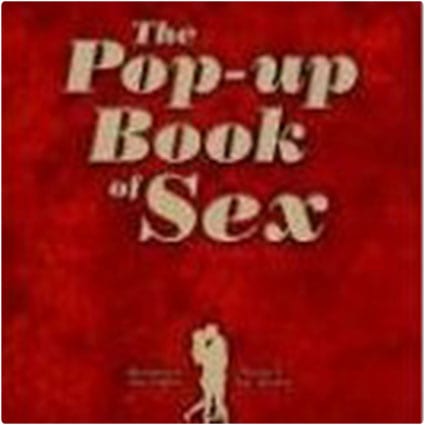 Pop Up Book of Sex

When you pop open this pop up book of sex don’t be surprised if it’s not the only thing that pops up. There are some pretty detailed pictures in this book, and the fun part is you get to manipulate the participants just like a real pop up book. 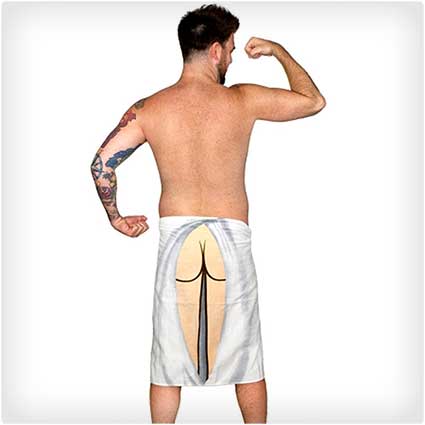 When they wear this butt towel it won’t matter if the towel is covering their rear end or not because you’ll have a visual of it regardless. It’s a fun towel that is sure to get a double take the first few times they wear it.

Walk up to the club like what up you got a big wad of cash with the Strip Club Cash Cannon. They’ll go crazy when they see the dollar bills literally shooting into the air as you take aim at your favorite dancers.

This little guy just doesn’t get tired. He keeps going and going as long as he’s plugged into a USB slot. He doesn’t serve any other function than to gyrate suggestively on the side of your computer. 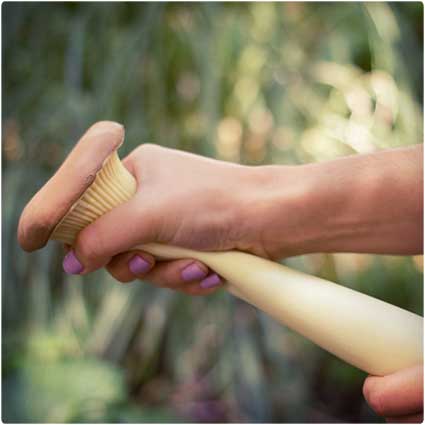 Here’s a gift that will help them relieve some stress, and there’s nothing suggestive about it, really. It’s just as suggestive as using one of those Shake Weights. The mushroom gets a proper rub down with this one. 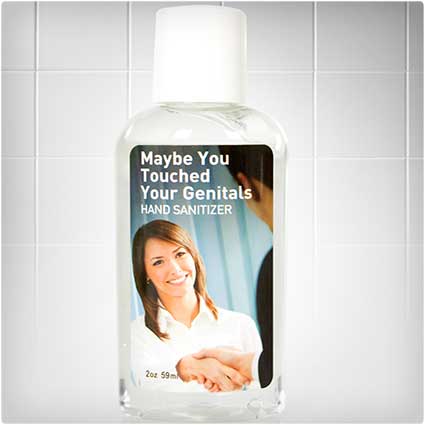 With this hand sanitizer you’re broadcasting the real reason why you find it so important to use some after a trip to the bathroom. Let people know you’ll happily shake their hands after they use some. 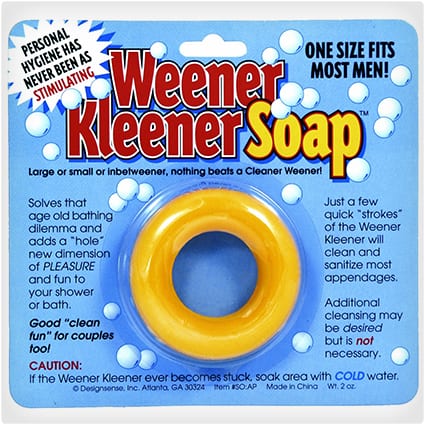 Here’s a specially designed soap that makes sure he’ll be nice and clean all the way up and down his shaft. You just place it on much like a ring goes on a finger, and the soap does most of the work from there.

Ready to meet the happiest man on the planet? This little guy finds his nirvana each time you use him to cork up a bottle. He’s always at the ready, and even when he’s not in use he’s still eager and raring to go. 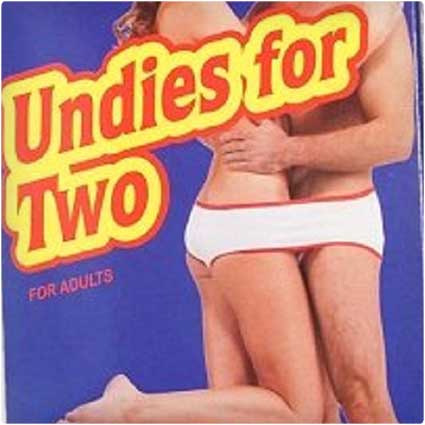 Half the fun is getting into these undies, the rest is up to you. That’s the catch phrase for these underwear that are built for two bodies. They’ll keep you connected in the position of love, and getting out can be tricky. 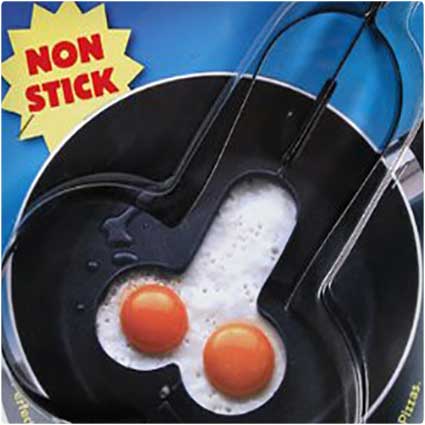 Here’s a fun way to wake up, eggs fried to look like a penis. Perhaps a frustrated lover can cook them up to give the man a reminder of what’s needed, or it could be used as a reward breakfast for a stellar performance the night before. 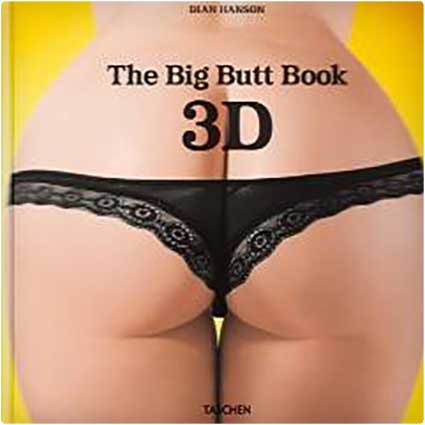 He likes big butts and he can’t deny, so why not satisfy his yearning with this 3D book that puts big butts right in his face. This is one book you probably won’t see on a coffee table any time soon, but it’s a whole lotta fun. 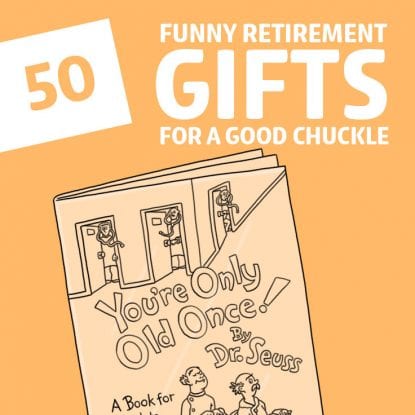 You’ve already given your cash for the real gift. It’s time to get something that’ll make everyone laugh. This list has ways to help you stand out as the life of the party and options to keep your retired pal laughing for the rest of their life. Retirement is a celebration and these gifts will […]

24 Great Gag Gifts to Give Your Wife

If you want to give something silly and maybe slightly obnoxious to your wife, read on. Some of the gifts are good for a laugh before you give her your real present, and others are surprisingly likeable – and likely to be enjoyed after the unwrapping. 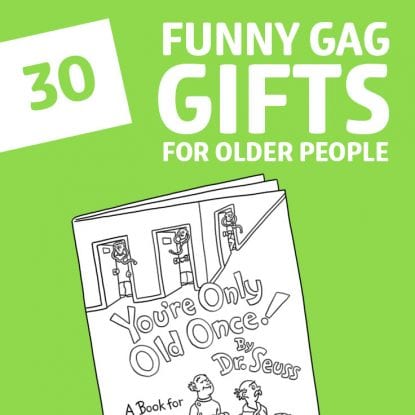 Some of the best gifts for old people are the ones that make them laugh and poke fun at just how old they are. Living long is an accomplishment, and this is a way to celebrate it while also having fun with some of the things that come along with old age. 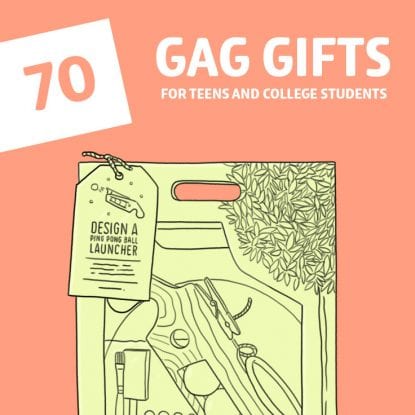 It’s time for payback! This year, give your teen or college student a gag gift to pay them back for all those years of sleepless nights, stress and worried hair pulling. Payback time kiddos! 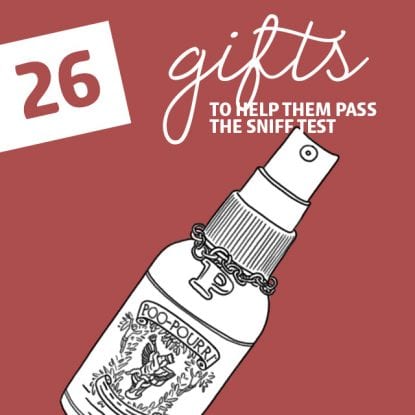 26 Gifts to Help Them Pass the Sniff Test (a.k.a Smell Better)

The nose knows. Science tells us that memory is more powerfully connected to scent than any of the other five senses. This means that if you give someone a gift that smells great, or better yet, helps them to smell great, you’re more likely to stay in their memories. Here’s a list of gifts to […] 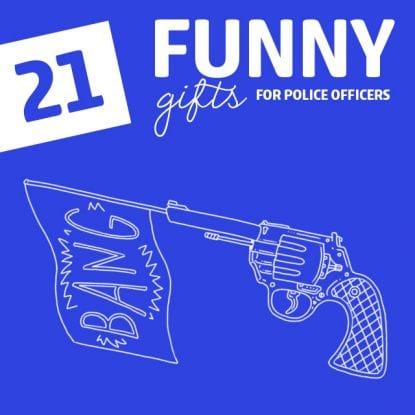 The funniest gifts for police officers will leave them cracking up, and will have a direct link to their line of work. Check out these gifts that pokes fun at their profession so they can have a good laugh.