For some strange reason, children absolutely love slime, and no matter how much parents try to put them off, they won’t be discouraged! Why not embrace their enthusiasm for this bizarre trend by taking a look at these kid-safe slime kits; who knows, parents might even end up having as much fun as their children! 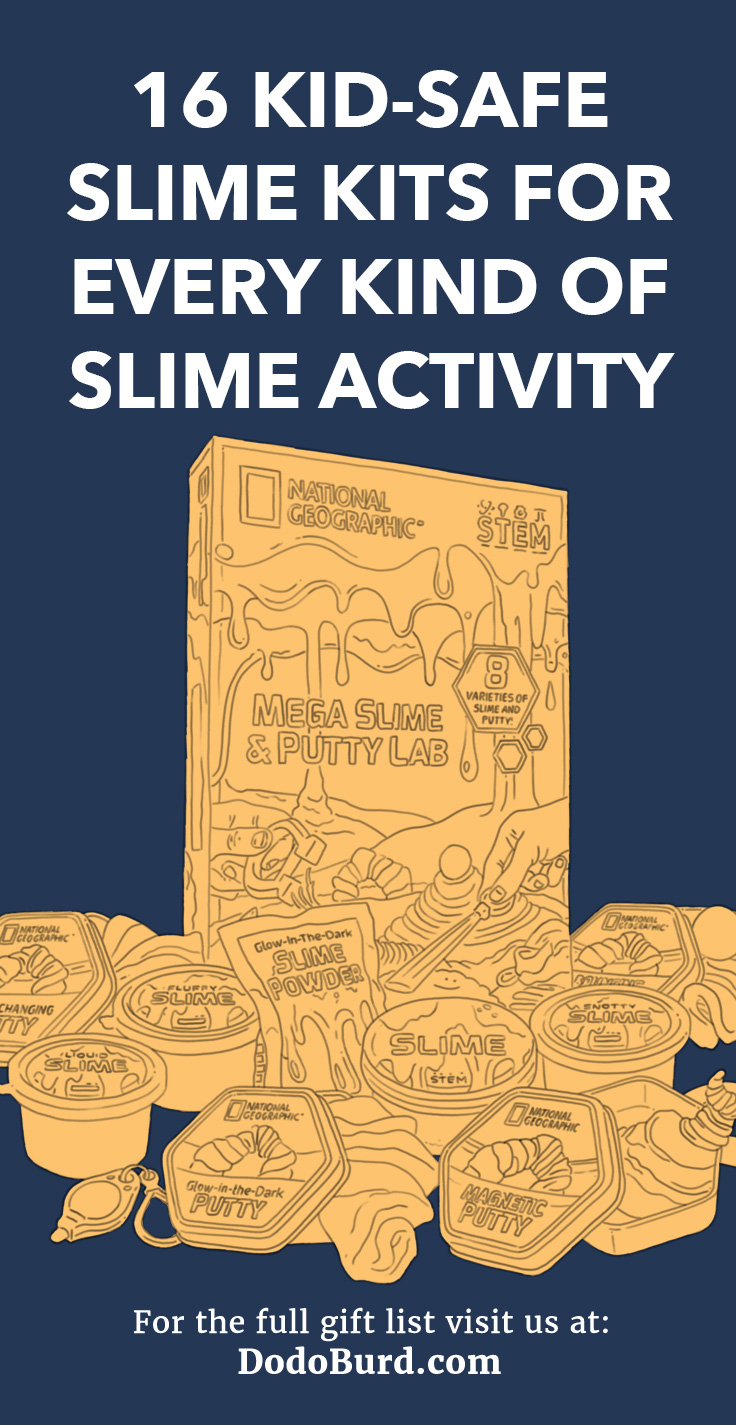 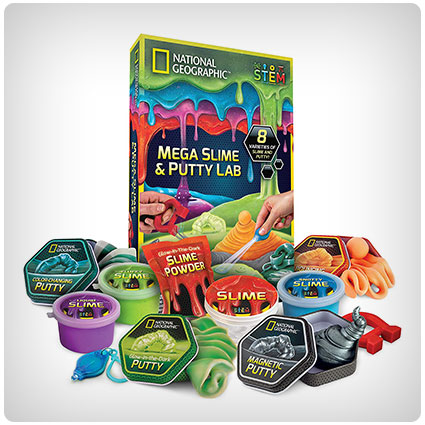 Take this kit from National Geographic and make 8 varieties of slime at home, including magnetic, glow in the dark and bouncing putty; would you believe there’s even a fluffy slime? 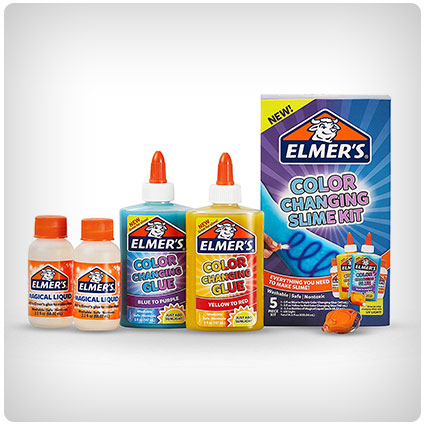 There is no easier way to make color changing slime, this kit contains 5 items which can be brought together to make blue to yellow slime and a yellow to red variety. 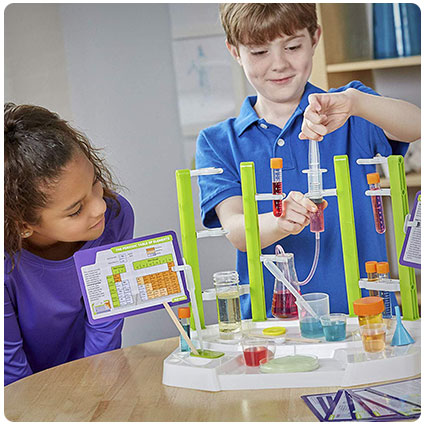 Making slime is a science and with this kit, they’ll be able to conduct 20 safe experiments in the comfort of their home without the worry that they’ll burn it down. 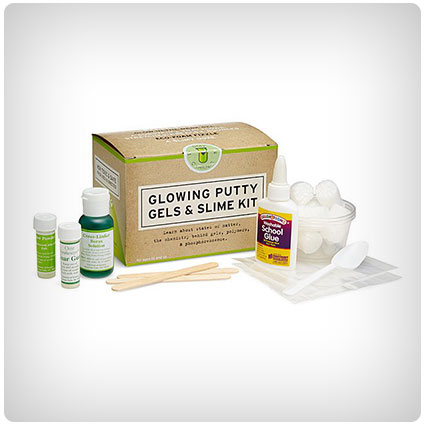 All children love slime but do they know how it’s made? Teach them how to make 15 different types with this kit; they’ll have all the slime they’ll ever need. 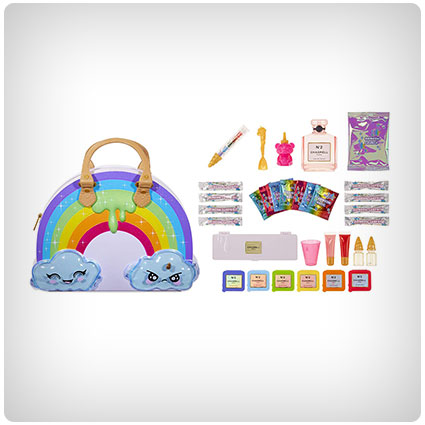 Slime isn’t just for boys, girls can enjoy it too. She’ll have a great time with this kit, making sparkly slime and then using the included makeup on herself. 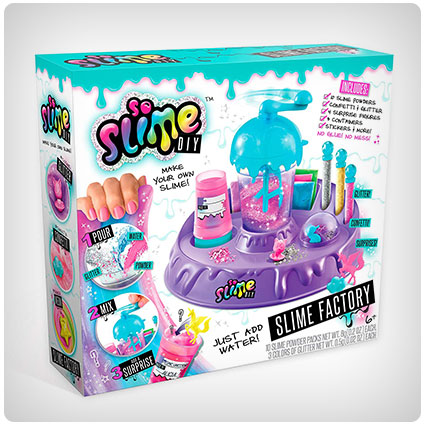 One of the worst things about making slime at home is the mess it can create. With this factory, the only thing that needs adding is water, and then the fun really starts. 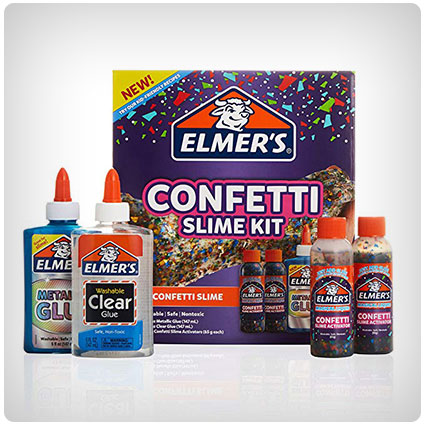 Whether it’s for Christmas or to appease a unicorn mad child, this confetti filled slime is perfect, especially as they can have the fun of making it themselves. 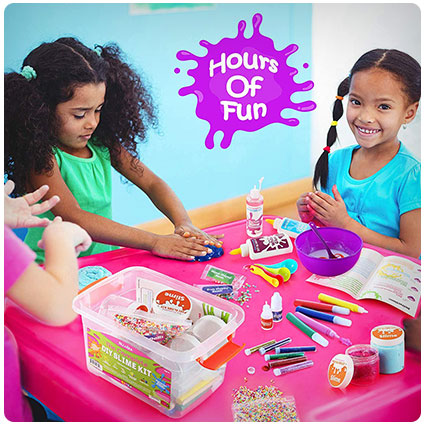 This slime kit will keep the kids going for quite some time as it contains everything needed to create 5 to 10 generous batches of amazingly colorful and glittery slime. 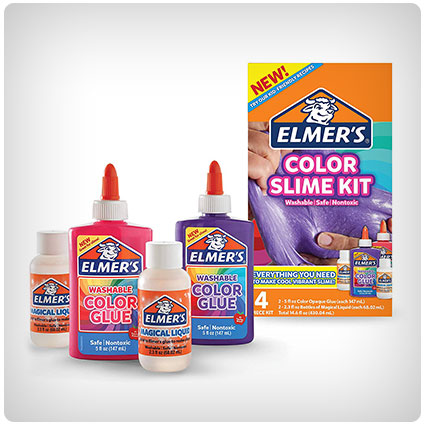 Sometimes the simplest slime is the most fun. This kit contains some non-toxic and washable vibrant glue which will turn ordinary slime into the most colorful around. 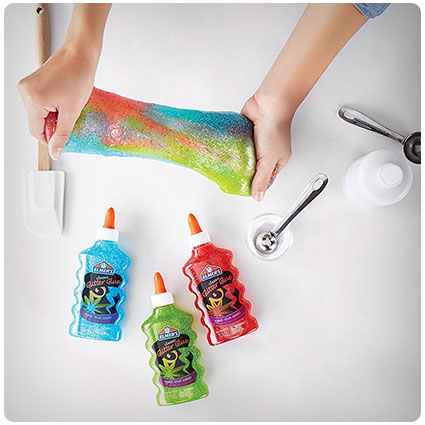 Create glittery rainbow colored goo using this kit from Elmer’s. Better than plain slime, this sparkling version will capture their attention immediately and the best part is that it’s washable and non-toxic. 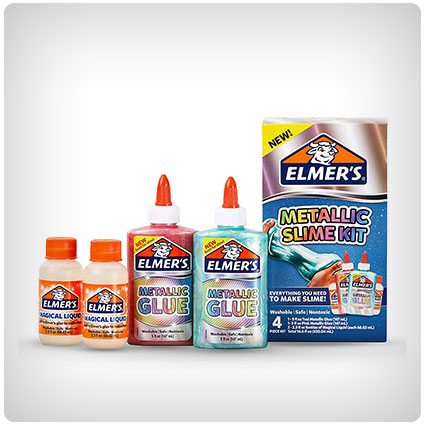 Forget sparkly slime, metallic slime is the way forward. With a shiny pink glue and a blue variation, this slime is perfect for both genders so siblings can play with it together. 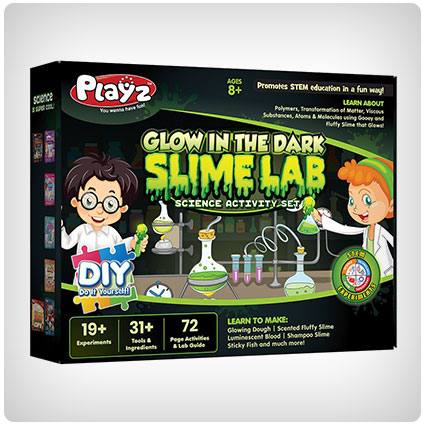 Slime isn’t just for fun, it can be educational too. This science kit will show them exactly how to make glow in the dark slime from a fun learning perspective. 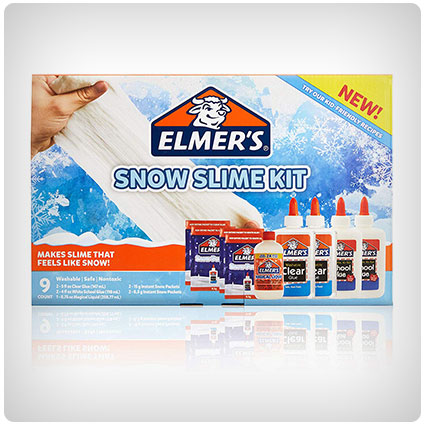 This kit from Elmer’s would be a great activity for Elf on the Shelf as it comes with everything that’s needed to create some amazingly fluffy snow slime. 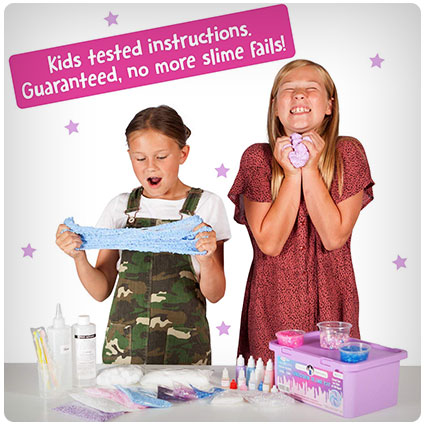 Little girls love unicorns, they’re just so magical. Combine her love of the mythical beasts with her interest in slime and voila; an activity which will keep her amused for hours. 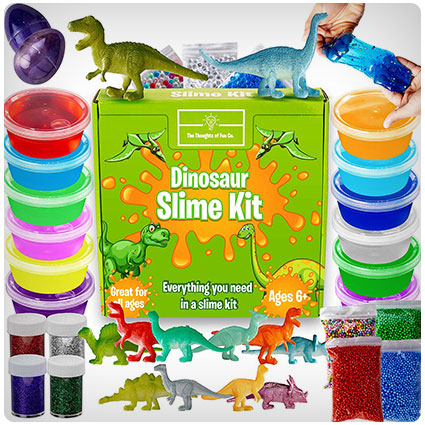 Create dinosaur themed slime with this awesome kit, and know that a portion of the money it cost to buy will be donated to a charity which helps feed hungry children. 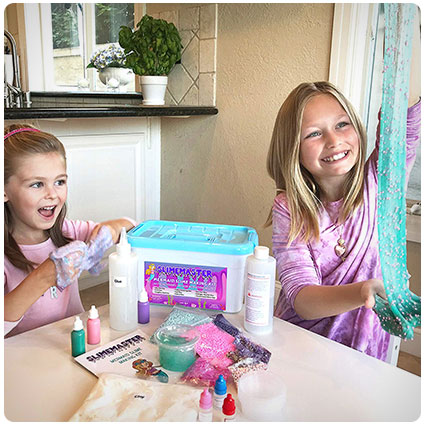 Make a splash with this mermaid slime kit; not only does it make fluffy cloud slime but it also comes with everything needed to create slime charms too.

Instead of spending money on loads of slime kits, why not read this book? It contains tutorials for over 100 different kinds of slime, including a crunchy one and fishbowl variety, too.

Slime is actually a great sensory experience for kids and this book comes with 30 project ideas, allowing kids to get creative and make any kind of slime they like. 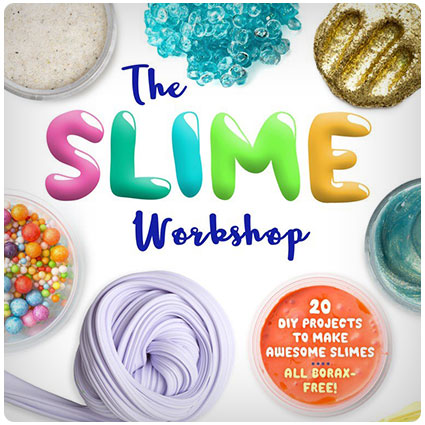 Save money by buying the children this slime recipe book and allowing them to choose which kind they want to make, giving them free reign and independence. 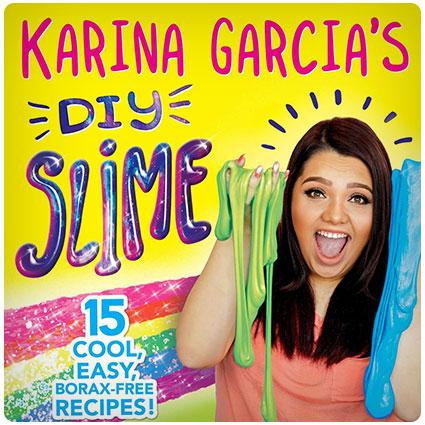 Take inspiration from YouTube star, Karina Garcia, and use this kit to make 15 different variations of slime; they’re all as easy to make as each other. 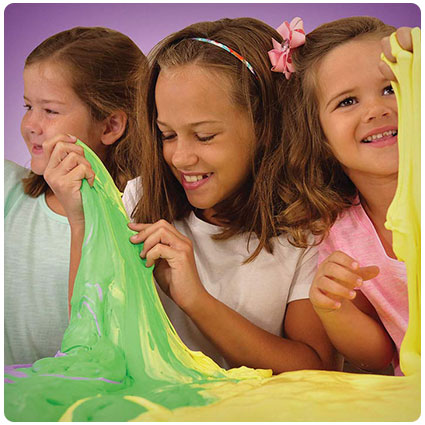 Slime doesn’t have to be one dimensional, as this magical book shows. It contains 97 recipes which show that slime can be made out of almost anything. 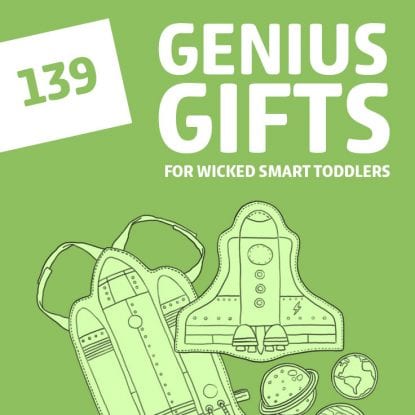 If you are struggling to find gifts as bright and fun as your toddler, we have just the thing! From cars to cuddlies and cute creatures, this list is sure to have something they will love. 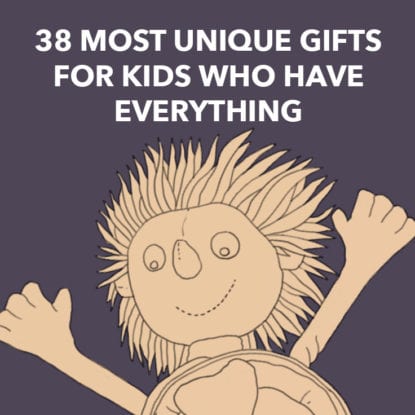 36 Most Unique Gifts for Kids Who Have Everything

Instead of trawling through the aisles at your local store, why not simply check out this list of the most unique gifts for kids, and find your next gift shopping trip to be a whole lot easier as you can do it all here. 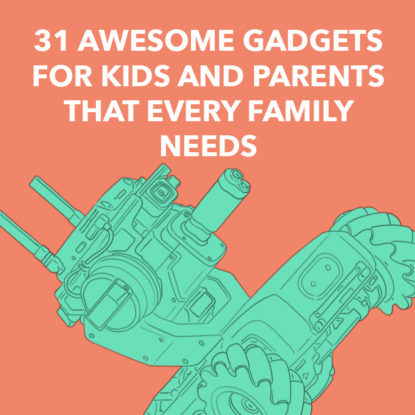 31 Awesome Gadgets for Kids and Parents That Every Family Needs

Gadgets come in all shapes, sizes, and levels of usefulness, but if you’re keen to avoid the ‘use once and then let it gather dust’ scenario, check out this list. Packed with awesome gadgets for kids and adults alike, these fun, educational, and insanely clever gizmos are the gifts that every family needs (but didn’t […] 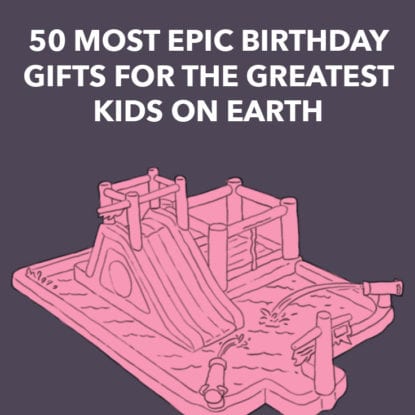 50 Most Epic Birthday Gifts for The Greatest Kids on Earth

Need something awesome for the coolest kid around? Then take a look at these spectacular birthday gifts for kids. This list has everything a child could ever dream of; no matter their age, there’s something for everyone. 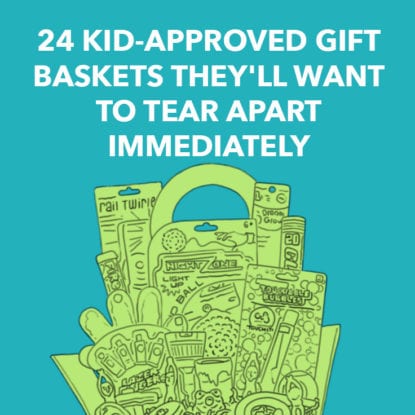 When you can’t decide on just one gift to give the birthday boy or girl on their special day, have a look at the gift baskets for kids on this list, which are packed with toys, puzzles and candy. 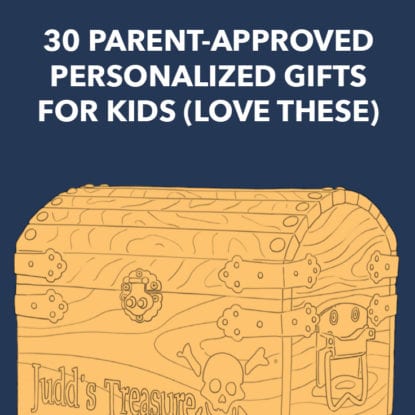 Looking for personalized gifts for kids? From aprons and backpacks to camp chairs and duffle bags, you will find something on this list to delight every child. Kids love seeing their names printed on their special things.